Well, that didn’t take long! An hour after I wrote my previous entry, I went over to check on star, and reinforce her door with some heavy stones. I heard PEEPS. I couldn’t see a dang thing, though.

So, I moved her aside, and there were two little black chicks, one who obviously had just hatched. I then looked on the other side, and there was a very perky brown chick who looks a lot like Buttercup. Yay! They all hatched!

Star let me rearrange the food and water a bit, so the little ones can get to it, and then I left her so the third baby, who I’m guessing is hers, could dry out.

I’m so happy that they all made it, but a little sad that I barely missed the hatching. I do have to work, so I couldn’t sit there all day and annoy Star. I’m also proud that I got that chick food in there just in time, too!

I was curious as to what the little fresh one would look like when dried off, so I went back, and sure enough, that’s a gray one, just like Star.

I let Bruce know he was a dad, but, as a rooster, he had no idea what I was talking about. He did strut a bit, nonetheless. He’ll figure out why soon enough, once his kids come downstairs. I’m also sharing photos of the mothers, just so you’ll see what they might look like later (depending of how much of Bruce’s good looks come through).

For now, everyone is nestled under Star, recovering from the arduous hatching they had to do. When they come out, there’s food and drink waiting for them, so hooray!

5 thoughts on “I’m a Chicken Grandma!”

Follow The Hermits' Rest on WordPress.com
Join 1,613 other subscribers 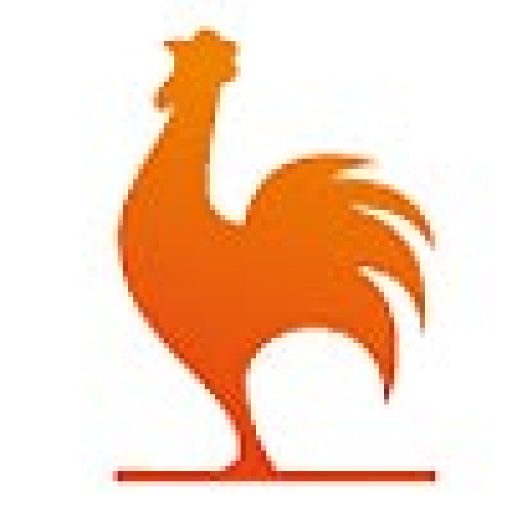 ...no longer lost in the fog

Some coffee, a keyboard and my soul! My first true friends!