It’s time to report on all the books I read while I was freezing or had no power. The first one, A Simple Favor, by Darcey Bell, is the next neighborhood book club selection, and was recommended by neighbor Ruth C’s daughter. It says it’s soon to be a major motion picture, and I can see why. It’s plot would be great for a movie.

A Simple Favor is written from the perspectives of the characters in the book, which mostly focuses on Stephanie, a “mommy blogger,” who, just like me, only shows the perky side of herself in her blog (ha ha ha). I immediately disliked her because she refers to mothers as “moms,” and was amused to find out it also bothered other characters. She is a person who operated based mostly on instinct, feelings, and hormones. She has a LOT of hormones. I’m glad at least she has all those juicy sexual memories to share (don’t worry, it’s not graphic, just frequent).

Another “character” in the book is Stephanie’s blog, which she uses in all sorts of ways to try to get things accomplished, send messages, and bias readers in her favor. That was something I enjoyed in Bell’s writing.

The other main focus of the book is on Stephanie’s “best friend,” Emily, who has “issues,” shall we say, but certainly dresses well. She’s not big on telling the truth, but she loves to ask Stephanie for “simple favors.” The glue that holds the two together are their children.

(Aside, the names in this book were not great. Stephanie’s late husband was Davis and her child is Miles. Who would name the child of Davis, Miles? All you’d do is think about jazz. And the English man married to Emily is Sean, who goes to “Ireland” in the “UK” at some point. I shall charitably assume he went to Belfast.)

Where was I? Anyway, the plot revolves around Emily’s sudden disappearance and how Sean, her husband, and Stephanie cope with it. Oh yes, even Sean gets a chapter or two to tell his perspective. Since the book is a murder mystery kind of deal, I won’t go into much more detail, other than that it involves a lot of descriptions of meals, meltdowns, and sex.

By the end of the book, you really aren’t fond of any of the characters, who are by turns gullible, cunning, slow, selfish, shallow, and deranged. I guess they’re human, huh? I know I gave it a 2-star rating, but it’s a good book if you are stuck in the house under many layers of clothing and blankets, and you want to take your mind off the lack of water and electricity.

PS: I hope you enjoyed my over-use of quotation marks as much as I enjoyed over-using them! 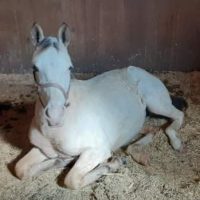