While we were exploring the Avery Ranch cave, I remembered where I’d seen other caves in the neighborhood over from the one we were in, Oak Brook. I suggested that, if anyone wanted to go look at other local caves, I’d take them there. Unfortunately, my memory issues made giving directions stink, and since I didn’t remember the name of the place we could not look it up. So, only one carload made it.

However, we had a great time at the Oak Brook Karst Preserve once we found it. I have some bittersweet memories of this spot, because I used to go over there long ago, when I was sad about marital issues, to be sad where my kids couldn’t see me. I gave my troubles to Mother Earth, I guess. On a happier note, my traveling companions liked it for more Master Naturalist reasons—flora and fauna!

We found the caves, which are all covered with grates. I remember you used to be able to see pretty far down into one, but I guess the people who maintain it have covered it up more. And how about that! The same people who maintain the other cave, the Texas Cave Conservancy, put together this little park.

I talked to the folks from my car about what karst is, where it’s found (see below), and the challenges of living on top of it, which I did for twenty years. I felt like I was a field trip coordinator!

We also looked at all the interesting plants that grow around and in the limestone formations. There was some really interesting looking blue green algae stuff, which iNaturalist tells me is “star slime,” plus plants blooming out of season (which we are noticing all over the place lately). There were deer tracks and so much else to see that we were almost late getting back to the real conference.

I’m glad we went, because it gave me a chance to look up more about the little park the cave openings are in. I discovered on the TCC website that in 1994…

…the TCC designed and built the Oak Brook Karst Preserve in Williamson County. This was the very first cave management contract obtained by the TCC.

Also, I had absolutely no idea how many cave perserves (this link is to their second page of preserves; the website is quaintly “old HTML” style) are sprinkled throughout Austin. I feel like it’s one of those “best-kept secrets.” It would be fun to go see a bunch of them some weekend!

By the way, were you wondering what “karst” is? Don’t worry, most of the people in Brushy Creek probably don’t know, either. The National Geographic Society provides a nice definition:

Karst is an area of land made up of limestone. Limestone, also known as chalk or calcium carbonate, is a soft rock that dissolves in water. As rainwater seeps into the rock, it slowly erodes. Karst landscapes can be worn away from the top or dissolved from a weak point inside the rock.

Karst geography is found in scattered locations around the world. My favorite, of course, is the Burren, in western Ireland. There are plants there that grow nowhere else. You’ll also find them in China, the Yucatan Penninsula, and more places. I find it fascinating! 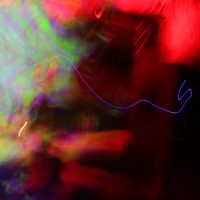