A review of a field guide to the nature of Texas, suitable for beginning naturalists

Here’s a new book that some of you who live in Texas might want to order. It’s a field guide called The Nature of Texas: An Introduction to Familiar Plants, Animals and Outstanding Natural Attractions, by James Kavanagh and illustrated by Raymond Leung.

This isn’t one of those huge compendiums of every single living organism in the state; instead, it highlights plants and animals that an average person with an interest in the nature in Texas might run into. The descriptions are brief and in lay terms, and the illustrations are really lovely (good job, Raymond Leung).

It’s a bit too basic of a book for me to carry around, but I could easily imagine giving it to a teenager or older child who’s going camping and wants to know what they might find out there, or someone who just moved to Texas and wants a nice overview. It would be fun to put on the bedside table for your out-of-state visitors, or on the coffee table of your rental property.

The back of the book has two handy features. One is a brief list of interesting places to go to see the natural wonders of Texas, with clear maps. The other is a series of checklists you can use to mark off wildlife and native plants that you see in your travels. That would be a fun family project (though I’d have to add a bunch of things, like more owls).

I do recommend The Nature of Texas, just for the beautiful illustrations alone. And the introductory essay, “But a Watch in the Night,” written by James Rettie in 1948 is a real treasure, too. It’s a great reminder of how little time humans have actually been present and messing around with our planet.

We all know that I am a busy little bee (speaking of which, look at the beautiful carpenter bee, one of many we saw on some non-native heather today).

This week is my annual week in Hilton Head, and I vowed to actually rest and not cram every moment with work or stressful activities. Today was the big test.

END_OF_DOCUMENT_TOKEN_TO_BE_REPLACED

Here’s another nature story from one of my friends. This one comes from our Austin neighbor, Ruth, also known as “the other Ruth,” because there are two women named Ruth in our book club. She lives just down the road and goes walking with Anita many mornings. Ruth always has a good story, and here’s the most recent one.

Yesterday, Ruth was in her yard checking on the plants and such, when she realized there was a nice-looking frog stuck in her swimming pool. Now, she is as much of a nature lover as any of us naturalists, and she had a good idea that the pool chemicals weren’t ideal from frogs to thrive in. Plus, there isn’t much to eat in there.

So, she decided to rescue it. She easily captured it and placed it in a plastic container. She figured that it would not be a good idea to just let it go, since it would have trouble finding a water source in our drought-stricken neighborhood (that’s why Anita’s toad friend loves the fact that she waters the plants on her balcony so well).

The idea quickly came to Ruth that she could take it to nearby Bull Creek, which does still have some water running through it. So, she put the frog in her car and drove it down to the creek.

She carefully took it over to the creek’s edge, and happily set it free. Off it swam. For about five seconds. Frogs aren’t the only things that live in creeks. Apparently there are fish in there big enough to eat frogs.

Well, at least the frog died happy, and the fish got a meal. We give Ruth lots of props for her good intentions and kindness to the creatures of our community. And, like Ruth and Anita, I prefer to believe the frog escaped the snatches of the fish, and swam away, bruised but happy. She didn’t see the frog get swallowed. There’s always hope.

This morning I took a walk while waiting for the rest of my team to arrive. This is an interesting area, because it was all laid out to be neighborhoods, then no one showed up to build houses, so the land has stayed pretty much untouched. Now, people are finally starting to move in, as the Austin suburbs move further and further out. Still, where we are staying has a lot of empty property.

This means that you can get a good idea of what the area around Lake Travis looked like, at least since the advent of all the cedar (ashe juniper) trees.

I’ve been here in the spring, and know the wildflowers are spectacular. It was easy to see from all the dried seeds heads I saw.

END_OF_DOCUMENT_TOKEN_TO_BE_REPLACED

Fer sure, yesterday was really hot, and so was the day before, but it was certainly not without beauty and the potential for fun. I’m so glad the dogs pestered the heck out of me to go outside Saturday night, or I’d have missed a spectacular sunset. The one below is my favorite image, which I shared on Facebook, but I didn’t want blog readers to miss out.

Last night’s sunset was also good, but I didn’t get out until after the exciting part, thanks to eating lovely food cooked by my sister. I was also still recovering from my late afternoon activity.

Mandi is officially on vacation, so she wants to have some outdoor fun. I accompanied Mandi and her son, Matthew, over to the pond behind Ralph and Sara’s to do some fishing. Of course, it was 100 degrees out there. But, we persevered. The pond is stocked, so we know there are good fish in it, but it’s so pretty and relaxing, that I didn’t care.

END_OF_DOCUMENT_TOKEN_TO_BE_REPLACED 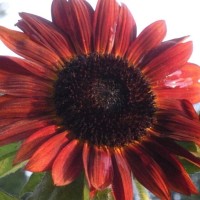 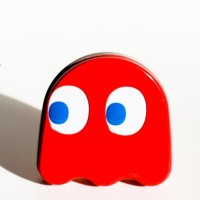 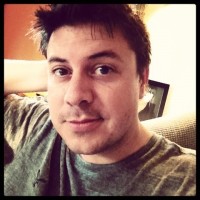 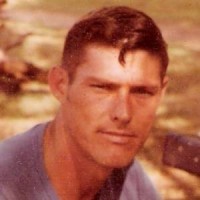