Sometimes you see something so often that you forget it is interesting. That’s the case for a weird plant I’ve been seeing on our driveway ever since we built it. It always looked like bits of cotton had gotten into one of the usual spurges that line our driveway.

I finally got it into my head to take a photo of it an upload it to iNaturalist, so I could figure out what it was. I took the photo on our cutting board, hoping for better contrast.

Well, that didn’t go well at all. The plant simply does NOT photograph well, and the recognition algorithms couldn’t figure out what the thing was at all. It was guessing owls and such. I tried for a better photo, but didn’t get much further.

END_OF_DOCUMENT_TOKEN_TO_BE_REPLACED

A friend asked me to help identify two plants. I must admit that I have failed, which is irritating, since one of them I see all the time, but have no clue for ID. So, I am going to reach out to you, blog readers, for some help.

The first plant is a type of bunch grass. It’s in my friend’s yard in Spicewood, Texas, or thereabouts. The question is whether it’s a good plant, a native one that we want to encourage, or one that needs to go away, because it’s not native or useful in some other way. Here you go:

Any of you Master Naturalists or botanists have an idea?

UPDATE: Stephanie Kendall (no relation) posited that it could be Texas bear grass. I’ll go with that until there’s another idea. It’s not growing in its native habitat, but it is on a limestone soil. It looks like it was planted there on purpose as a ground cover, which is one of the uses of bear grass.

The other one I see all the time on 360 in Austin, and anywhere that isn’t overly manicured. I have a close-up of the leaves, which I took. I tried to ID it with the PlantSnap application, but first it said it was a bromeliad, then a rose:

Here’s the photo I got from my friend. Austin residents should find it familiar. But what is it? It’s not the thing with the pretty orchid-like flowers, but it does look like that one (which I also don’t remember the name of and haven’t looked up):

I hate to admit to being so clueless, but I am. I don’t even have good enough images to see if I can get help on iNaturalist, but I guess that will be next.

Help a gal out. Any clues?

UPDATE: Stephanie Kendall also identified this one. And I am sure she’s right that this plant is false willow Baccharis neglecta. I love the name on that one! It’s because it tends to crop up on disturbed or neglected areas. I’ve been seeing this one for decades and wondered what it was. 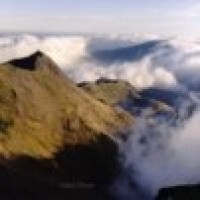 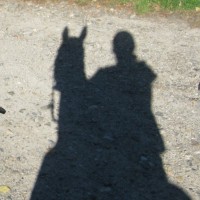